Guided Tour of the old village of MOUGINS, which, from the top of its peak extends spiral like a snail, with its 19 fountains, its ancestral lanes and dominates the panorama of the bay of Cannes, the Lerins Islands, Grasse and neighboring villages perched. As soon as you arrive in the village, you will succumb to the charm of its small, carefully flowered streets lined with beautiful old village houses. Beautiful doors, stones restored with taste, windows cleverly highlighted … wherever your gaze will be, the wonder of detail will follow! The imprint of the past subtly preserved, the harmony of colors and the quality of light have attracted many artists and celebrities who chose to stay in Mougins, including Picasso (who spent the last 15 years of his life), Cocteau, Fernand Léger, Paul Eluard, Man Ray, Winston Churchill, Christian Dior, Catherine Deneuve, Edith Piaf, Jacques Brel … among others. Mougins has always had close links with the artistic and cultural world.

Guided tour of the historic village of GRASSE. Since the seventeenth century, the city has been considered the world capital of perfume. You will love the winding alleys, often in staircase, and you will be able to admire in the passage a square Sarrasin tower, vestiges of ramparts of the 16th century, the raised medieval houses in the 17th and 18th centuries , You will also come across singing fountains and quaint squares with inviting café terraces, vaulted passageways, freshly painted red ocher or yellow facades . We will not miss the Cathedral Notre-Dame du Puy, Romanesque-Provencal style: built in the 13th century, and often reworked. Inside, a beautiful altarpiece attributed to Louis Bréa, three canvases by Rubens and a painting by Fragonard, stained glass windows and statues by Baillet…

GOURDON village: Ranked one of the Most Beautiful Villages of France and true medieval fortress, Gourdon overlooks the lush Valley of the Wolf.
Place Victoria, listed in 1940, unfolds an exceptional panorama of 80 km of coast unveiling the Mediterranean, from Nice to Theoule! On the road of flavors and scents, the village has kept an authentic charm with its 12th century Romanesque church and a 9th century castle. In its heart, the lively streets, the Provencal houses, the numerous craftsmen and the quality of its reception make it one of the most appreciated places of the region.

After lunch the picturesque panorama continues with a stop in a lavender field, and your trip will take you through a scenic route in the Gorge du Loup featuring canyons, and other stunning natural features of the region.

ST PAUL DE VENCE, the pearl of Provence the history of this village dates back to the 11th century . Is one of the most-preserved and prettiest medieval villages in the region. Surrounded by its stone wall built during the 16th century on the orders of Francois 1st. The quality of life, (art of living) and exceptional light has inspired many famous painters, writers and poets… You will stroll through picturesque narrows streets which are lined with over 40 art galleries, souvenir shops as well, you will enjoy the fantastic landscape around the village with brilliant views of the Alps. The town is a meeting point for artists from all over the world. 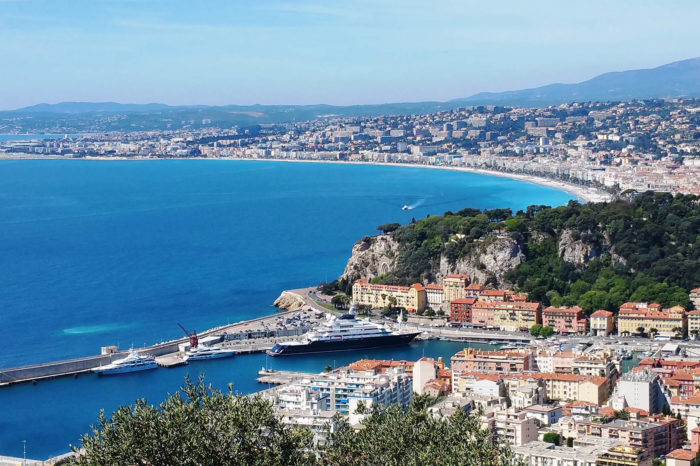 This excursion will start with a walking tour from the Fontaine du soleil, to the old town, considered the heart of the city. You will see the Opera Housse and the colorful Cours Saleya market. The only way to get to know the real Nice is by strolling through the ocher colored streets listening to the « Niçois » speaking their own language (Nissart) and by tasting their savory cooking. 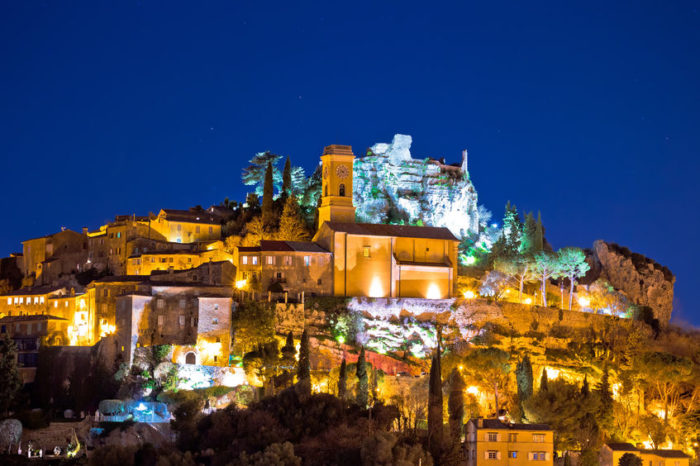 The Eastern of the French Riviera and its Hilltop Villages

Your jaw will drop in front of the magnificent view of the Mediterranean. Eze is a charming medieval village perched on a hill, built like an eagle’s nest with its exotic garden hanging from the ruins of the castle at an altitude of 400 m. Shoppers will delight in the many local perfumeries shops and art galleries. You will enjoy strolling in its small narrow cobbled streets lined with small cafes and restaurants, its vaulted passages, and its beautiful flowered houses. It’s fantastic!